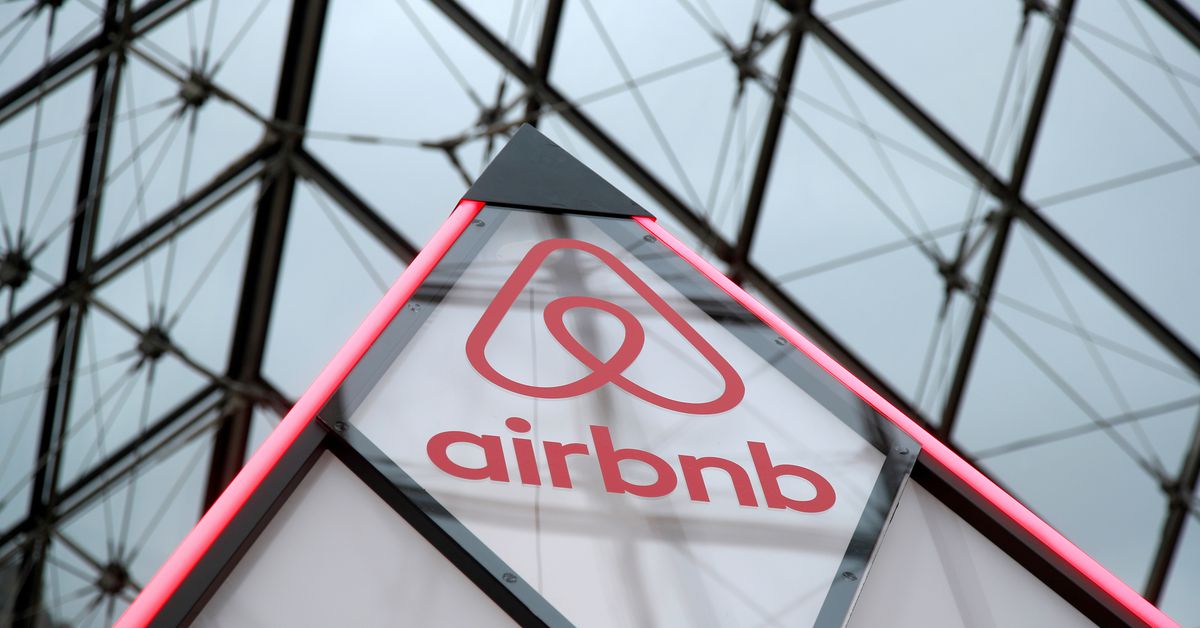 The Airbnb logo is seen on a little mini pyramid under the glass Pyramid of the Louvre museum in Paris, France, March 12, 2019. REUTERS/Charles Platiau/File Photo

Nov 9 (Reuters) – Airbnb Inc (ABNB.O) on Tuesday announced a slew of new features including a translation tool and expanded insurance for hosts as easing COVID-19 curbs send more people to its home-rental app.

The features, aimed at rising cross-border travel and longer stays, will help Airbnb further capitalize on a pandemic-driven shift in consumer preference towards non-urban destinations and alternative accommodations.

Airbnb said more than 100,000 guests had stayed continuously on its rentals for at least three months in the past year.

Its “AirCover” insurance will offer hosts protection for pet damage as global searches surge on its platform for pet-friendly listings.

The company’s translation engine will be able to translate listing descriptions and reviews in 60 languages and is expected to launch later this year, helping it take advantage of the cross-border travel resurgence.

Months of pent-up demand triggered a major spike in bookings to the United States on Monday, as the country lifted pandemic-driven travel curbs imposed in early 2020. read more

Overall cross-border travel has risen steadily to 33% of gross nights booked in the third quarter, compared with 27% in the second and 20% in the first quarter, Airbnb said.

As of Nov. 8, the top destinations for inbound foreign travel to the United States include Los Angeles, Miami and New York, according to Airbnb.

Reporting by Sanjana Shivdas in Bengaluru; Editing by Aditya Soni