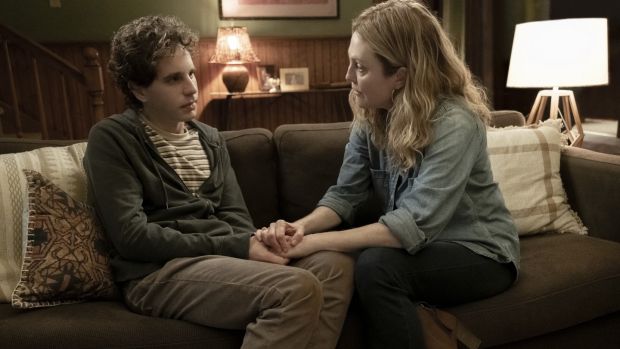 What’s that digging into my elbow and impeding me from fully opening the laptop? Oh, it’s the massive elephant that is taking up most of the living room. In a recent interview, Stephen Chbosky, director of this baffling emoto-musical, expressed himself puzzled that critics felt Ben Platt, 27 at time of filming, too old for the teenage protagonist. “If people see the movie and they’re still talking about his age, then it probably wasn’t for them anyway,” he said.

This is rather like saying if you’re still talking about the weird-looking cats in Cats then Cats wasn’t for you. It is not just that Platt, who originated his role on Broadway, is too old for the protagonist; it’s that he somehow looks older than he actually is. Coiled in a pseudo-adolescent hunch, dressed in everyday polo-shirt, he suggests nothing so much as Harry Enfield playing Kevin the teenager in a period of rare introspection. The effect is heightened by surrounding him with near-contemporaries – such as the excellent Kaitlyn Dever – who actually convince as young people.

Anyway, there is plenty else that doesn’t work on screen. With its misunderstood letters and convoluted coincidences, the opening act resembles a particularly unhinged Restoration comedy. Evan Hansen (Platt) is a troubled lad in a high school not short of anxious loners. When a contemporary kills himself, he is mistaken for the dead boy’s friend and, before he can correct the error, gets swept up in a social-media frenzy. The bereaved parents – poor Amy Adams has another thankless role as the mom – look to him for comfort. His own mother (Julianne Moore doing her best) is taken aback that Evan has been concealing an apparently important relationship.

There are a great many worthwhile messages here. The songs by Benj Pasek and Justin Paul allow socially anxious characters to express themselves with a fluency they couldn’t manage in everyday speech. Steven Levenson’s book is all about normalising common mental health issues. But the film also reduces the dead character to a cypher and lets the protagonist off the hook too easily. The endless emotional frankness of the lyrics – those who seek the ironic distance of Sondheim need look elsewhere – becomes exhausting all too quickly.

And there is that elephant. Moore does good work with So Big/So Small, the best song in the piece. But the tune’s theme – “Your mom isn’t going anywhere” – is undermined by the fact that she’s apparently singing it to Will Ferrell in Step Brothers. Oh well. Maybe it just wasn’t for me.