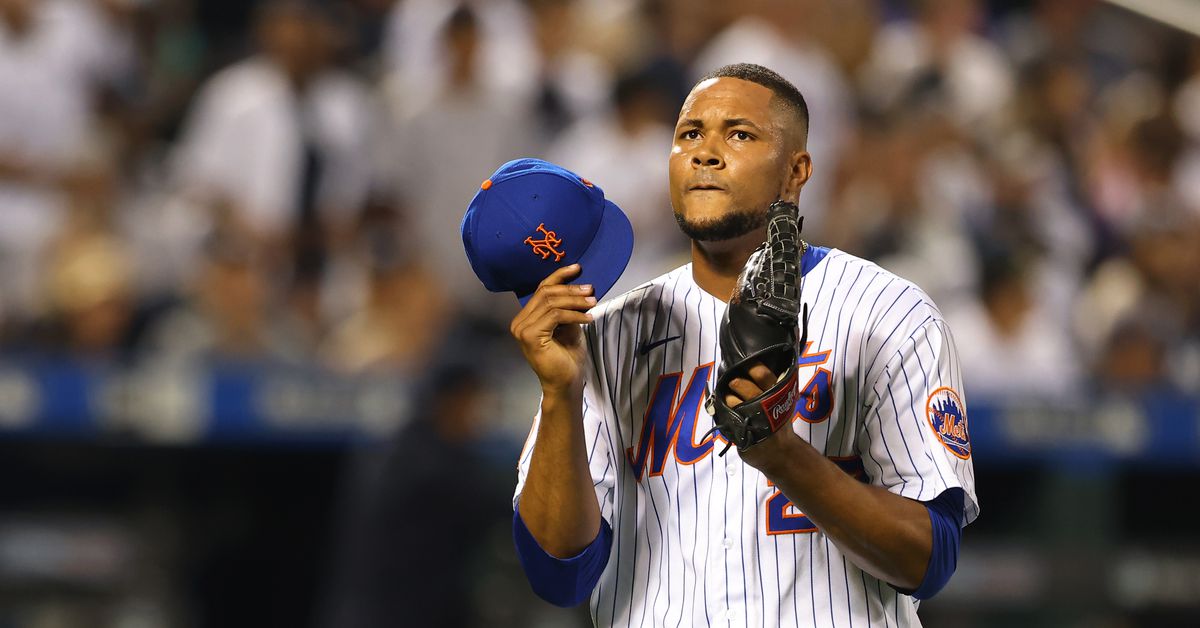 Jeurys Familia’s 2020 season demonstrated improved productivity despite no significant change in his peripheral measurements from 2019. Flipping the script, Familia’s pitching improved in just about every way in 2021, and yet he finished the season with a higher ERA, lower bWAR, and more questions about his viability in the bullpen for the upcoming season. So what gives?

Well, for one, Familia hasn’t reached his All-Star level at any point in the past three seasons, and expecting the 32-year-old former closer to return to form might be asking too much at this point in his career. For another, when the Mets signed him to a three-year, $30 million deal in 2019, they expected him to set up the ninth inning for new closer Edwin Díaz, a situation that failed to materialize in many respects. But despite the lowered expectations, Familia has demonstrated that he can still pitch at a respectable level in a major league bullpen.

Familia averaged 96.4 MPH on his sinker in 2021, a speed that has remained constant for the past six seasons and continues to rank in the top tenth percentile of all major league pitchers according to Statcast. His sinker also averaged six inches of vertical movement this season, which is the most dramatic movement of any pitch he’s thrown since 2015. It’s pretty clearly his best pitch, and Familia finally treated it as such in 2021, throwing it a staggering 59% of the time compared to 45% in 2020. The results were polarizing.

Batters didn’t hit Familia all that much this year, but when they did, they hit him hard. He gave up ten home runs this year, nine of them on his sinker, which was by far the most he has given up in his career. Batters tattooed Familia with a 39.4% hard-hit rate, up dramatically from his 30.7% hard-hit rate in 2020, and barrelled him 6.3% of the time, the highest rate of barrels against him since 2015. Perhaps Familia pitching his sinker nearly 60% of the time made him more predictable, and batters just waited until a pitch entered their sweet spot before swinging. Perhaps Familia’s high-90s-with-sink stuff is no longer novel in MLB these days, and batters have better approaches to his pitching than they did six years ago. There is a more disappointing potential explanation to his decreased productivity, however.

Though there is no hard evidence of this to my knowledge, it’s entirely possible that Familia was a victim of MLB’s sticky-stuff crackdown in June. Familia fits the profile of a pitcher who would benefit from sticky fingers, especially as one whose productivity depends almost entirely on controlled high velocity. After a poor first appearance against the Phillies where he gave up two runs in one inning, Familia dominated batters in April and May, finishing his first 19 appearances with a 1.53 WHIP and a 2.04 ERA. His upward trend continued into June, where entering his appearance on the 13th he had a 1.80 ERA. But in his next three appearances on the 13th, 17th, and 20th, he gave up five runs and walked three batters in 3.1 innings. MLB announced they would check pitchers for sticky stuff the very next day.

This is not a suggestion that Familia used sticky stuff in the first half of the year and then stopped after the crackdown. In fact, there are a few points that rebuff this hypothesis. For one, Familia went on the IL with a hip injury on the 21st, and it’s perfectly reasonable to assume that he had been pitching with the malady for a bit before he stopped playing. For another, his best month came soon after the start of the crackdown in July, where he posted an elite 0.87 WHIP in 12 innings pitched. But it is intriguing that every home run Familia gave up this season came on June 20th or later, and that his ERA never dipped below 3.00 after falling to 1.80 in mid-June. Whatever the case may be, Familia was a good-to-very-good reliever in every way this season except for the long ball, which doomed him to a third straight season of mediocrity.

The question for the Mets regarding Familia heading into the 2020 and 2021 seasons was how the bullpen would incorporate a clearly regressing Familia and his monster contract. Now that the contract has expired, the question for the Mets regarding Familia heading into 2022 is whether he’s worth another deal. For his part, Familia has enthusiastically endorsed a return to the organization for which he has made 94% of his major league appearances, either because he genuinely loves New York (which is plausible) or because he and his agent doubt he can find another major league suitor (which is also plausible). If Familia can retain his stuff and figure out how to cut down on the hard-hit balls and home runs, he could still be an incredibly valuable piece of the Mets bullpen in 2022. Of course, the Mets got burned the last time they set expectations for Familia, so there’s no guarantee they’ll make the same decision again.