Microsoft Translator is an Artificial Intelligence (AI)-powered text translation service on Azure and part of the cognitive services offering. Recently, the company announced that 12 new languages and dialects have been added to the service, meaning that it can now translate between more than 100 languages and dialects.

More than 20 years ago, Microsoft started with the machine translations project. In 2002 the Machine Translation Group, part of the broader Speech and Language group at Microsoft AI and Research, was formed to eliminate language barriers and enable global communication for written and spoken languages.  They work on the Microsoft Translator API, used by various Microsoft products since 2006, including the Translate AI Service in Azure. 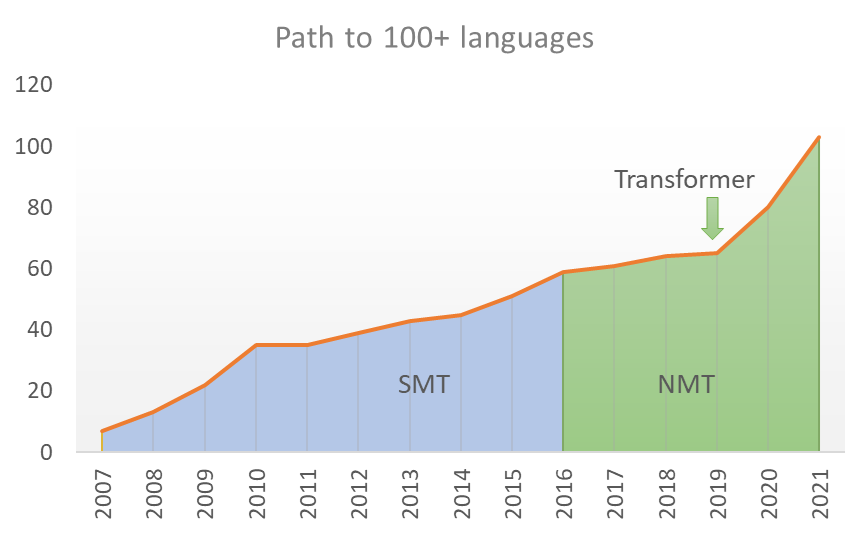 The technology behind the upgrades of Translate is Microsoft’s multilingual AI model known as Z-code, a part of Microsoft’s larger XYZ-code initiative to combine AI models. It combines several languages based on linguistic families so that the models can learn from each other. Moreover, sharing linguistic elements across similar languages and transfer learning cuts down drastically on how much data is needed for a good translation – thus making the process faster and more accurate.

Microsoft is not the only public cloud provider with a translation service offering support for over 100 languages. Google Translate reached that milestone first in February 2016. AWS, however, with Amazon Translate, only supports 71.

One hundred languages is a good milestone for us to achieve our ambition for everyone to be able to communicate regardless of the language they speak.

Not only do we celebrate what we have done on translation – reach 100 languages – but also for speech and OCR as well. We want to remove language barriers.

The company claims the service can now translate text and documents to and from languages natively spoken by 5.66 billion people worldwide (72% of the world population).