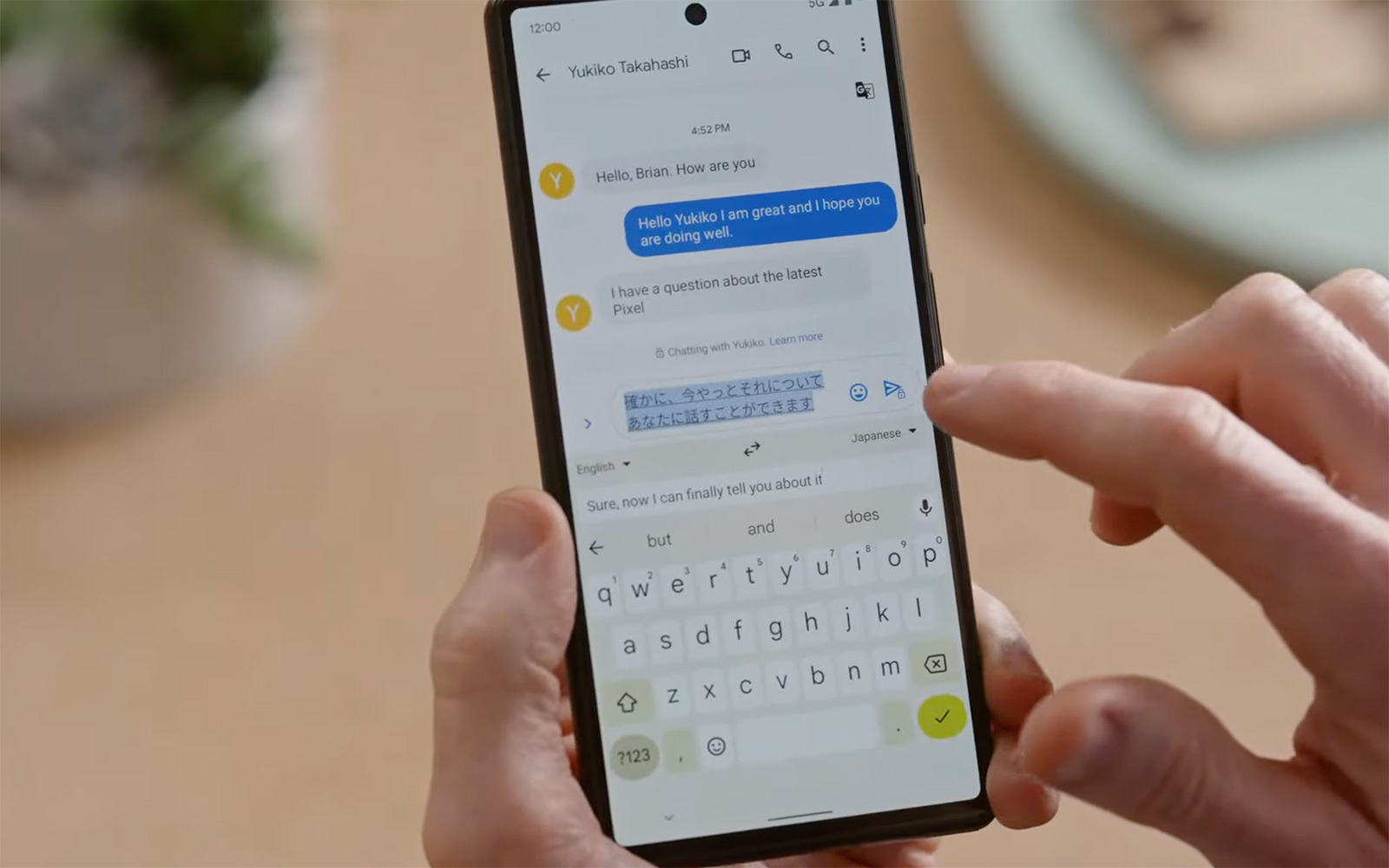 Pixel 6 and Pixel 6 Pro have a lot of AI tricks up their sleeves, and among them is a Live Translate feature. With Google’s first mobile chip, Tensor, Pixel 6 can translate text as you type. Translation is handled by the Private Compute Core rather than in the cloud, so the device can convert what you’re writing into other languages (including English, French, German, Italian and Japanese) almost instantaneously.

The phones can also translate messages someone sends to you. The Pixel 6 can detect when text in a chat app, such as WhatsApp or Snapchat, is in a different language to your own one and it offers a translation.

The feature should come in handy for chatting with friends from other corners of the world who have a different mother tongue and might not understand all the nuances of your language. Live Translate could also prove useful when you’re traveling somewhere with limited data and WiFi connectivity.

Google is placing a big focus on Tensor-powered AI features in Pixel 6 devices. Along with Live Translate, the phones have other language detection features and improved speech recognition. There’s a Wait Time feature that shows the expected length of time you’ll be on hold for thousands of prominent companies in the US. Pixel 6 can also convert automated call center menus into an onscreen interface.

Catch up on all the latest news from Google’s Pixel 6 event!

All products recommended by Engadget are selected by our editorial team, independent of our parent company. Some of our stories include affiliate links. If you buy something through one of these links, we may earn an affiliate commission.