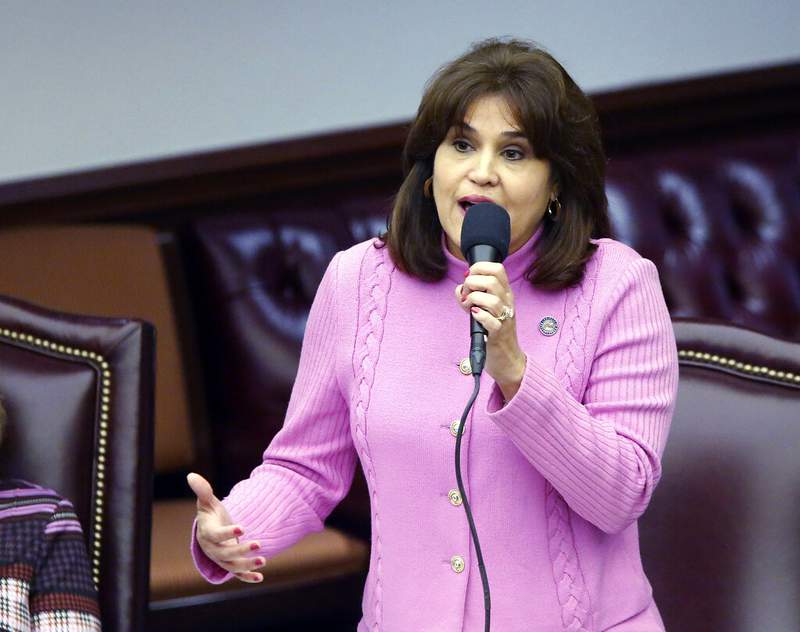 In a video announcing the run, Taddeo says, “I’m a lifelong Democrat.” While she doesn’t name Crist, it could be seen as a subtle way of pointing out a major difference between them. Crist was a lifelong Republican and served a term as a GOP governor before running for U.S. Senate as an independent in 2010 and later switching his party registration.

“I have great respect for Charlie — I know that he has a huge heart — but, frankly, this race is not about him; it’s not about me; it’s about the future of Florida,” Taddeo said in a phone interview.

Crist praised Taddeo in a statement released by his campaign.

“We share a common goal of moving Florida forward and away from the negative and divisive politics damaging our state today under the failed leadership of Gov. DeSantis,” Crist said. “Time and time again, Annette has stood up for her community, and that’s why I asked her to be my Lieutenant Governor in 2014. Annette will bring spirit, heart, and important perspective to this race.”

Taddeo, 54, said as a the founder and CEO of LanguageSpeak, which offers translation services in more than 240 languages, she has a business perspective that’s unique in the race.

“I, to this day, still make a payroll. That’s something that certainly cannot be said about the current governor or the other candidates,” she said. “We’re a very entrepreneurial state, where we pride ourselves in supporting small businesses.”

Her main target is DeSantis, who is considered a potential 2024 presidential candidate. DeSantis has traveled the country to raise money and has built a national profile.

“There is no question that we need a governor that is actually going to govern and who is going to represent all Floridians, not just try to do what’s popular with voters in Iowa,” she said.

She also compared DeSantis’ fight against mask mandates in schools and to prevent private businesses from requiring proof of vaccination to the leadership of socialist Venezuelan President Nicolas Maduro.

“When DeSantis decided to want to emulate Maduro in Venezuela and his ridiculousness with our children and masks and schools and threatening to remove duly elected people who represent their community … that was just the last straw that broke the camel’s back for me,” she said.

Taddeo was born in Colombia to an American father and Colombian mother and spent the first 17 years of her life in the South American country. She first ran for office in 2008, losing to then-incumbent Republican U.S. Rep. Ileana Ros Lehtinen. She ran for Congress again in 2016, losing a close primary to former Democratic U.S. Rep. Joe Garcia.

She won her Senate seat in a 2017 special election for a district a Republican won by 10 percentage points the previous election.