Coronavirus disease 2019 (COVID-19) pandemic led to the unprecedented development of vaccines intended to help achieve herd immunity against severe acute respiratory syndrome coronavirus 2 (SARS-CoV-2) without the casualty rates witnessed in many regions around the world. 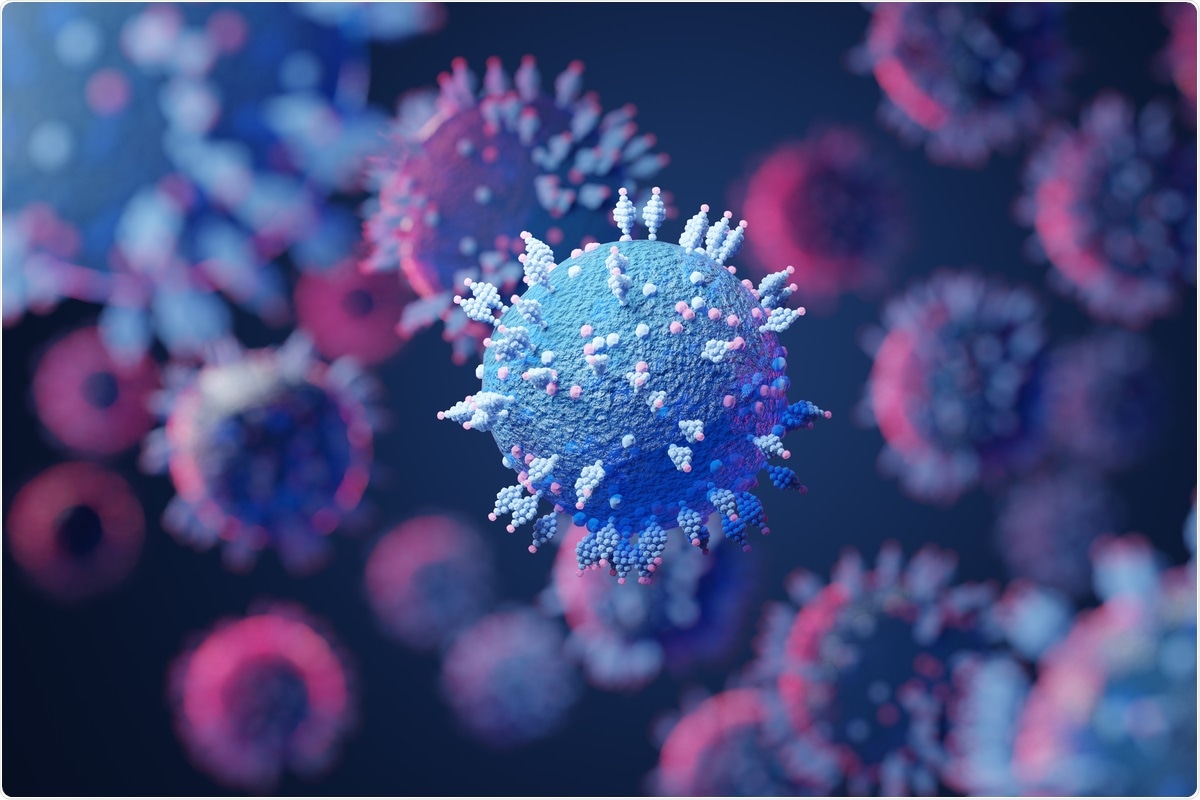 While vaccinations have been administered in millions of doses, the initial hopefulness has given way to a sense of wariness. This is largely due to the emergence of new variants that can withstand antibodies elicited to the ancestral form of the virus, and thus to the vaccine antigen based on this wild-type strain.

Coronaviruses are large viruses with an RNA genome that is replicated after cell entry. Despite multiple proofreading mechanisms, mutations do occur, many of which are deleterious and end the viral lineage. However, some are known to increase viral fitness and allow it to adapt better to the host.

As the virus continues to spread, more variants are bound to arise. Some of these are called variants of concern (VOCs), as they are more transmissible, cause more severe disease, or may escape immunity elicited by earlier variants. Four established VOCs include the Alpha, Beta, Gamma, and Delta variants, all of which first spread locally to become dominant before crossing international boundaries.

The viral spike protein mediates host cell attachment through its receptor-binding domain (RBD). It is a major target for escape mutations as well as for those which enhance infectivity and virulence. All known VOCs have multiple common mutations on the spike protein, mostly in the RBD and the N-terminal domain (NTD).

The Alpha VOC has the earlier D614G mutation linked to increased transmissibility but not immune escape. The Beta variant has both E484K and N501Y mutations in the RBD that prevent its neutralization by antibodies induced by the ancestral strain, whether by natural exposure or by vaccination.

The Delta variant has shown greater transmissibility than even the alpha lineage and the capacity to break through vaccination-elicited immunity, shown by its rapid spread worldwide even in areas where high vaccine coverage has been achieved. It is characterized by the L452R mutation in the RBD, shared by other variants like the Lambda, Kappa, Epsilon, and Iota.

The P681R mutation in the furin cleavage site of the delta variant may also enhance viral transmissibility.

The current study describes the performance of a candidate vaccine, VBI-2905a. This is built of enveloped virus-like particles (eVLPs) that express a modified prefusion form of the beta spike protein and uses aluminum phosphate (Alum) adjuvant.

An earlier version of this vaccine, VBI-2902a, using the modified version of the ancestral spike, was shown to have a strong neutralizing capacity in mice and protected hamsters against viral challenge with ancestral SARS-CoV-2.  A Phase I study showed four-fold or more neutralizing activity after two doses compared to COVID-19 convalescent sera.

The researchers also looked at another candidate, VBI-2901a, with a modified perfusion ancestral spike in addition to SARS-CoV and MERS-CoV spike proteins.

A preprint version of the study is available on the bioRxiv* server while the article undergoes peer review.

What did the study show?

The study results indicate greater neutralizing efficacy in hamsters with VBI-2905a compared to the previous version, when the animal was exposed to the Beta variant, in contrast to a homologous VBI-2902a regimen.

A heterologous VBI-2902a prime-VBI-2905a boost regimen was found to induce neutralizing antibodies against both ancestral, beta, and delta variants.

The VBI-2901a trivalent vaccine candidate produced neutralizing antibodies to the Beta variant at higher titers compared to VBI-2902a and similar to VBI-2905a. It also neutralized pseudoviruses expressing both Delta and Kappa spike variants, at titers three-fold higher than following the use of VBI-2902a. Thus, the absence of the Beta spike antigen in the vaccine did not prevent a broad binding and neutralizing antibody response.

Other studies showed that convalescent plasma from individuals who recovered from the earlier SARS-CoV and had received the Pfizer vaccine against SARS-CoV-2, containing the ancestral spike protein, contained broadly neutralizing antibodies to ten Sarbecoviruses. The range included several SARS-CoV-2 variants, several SARS-CoV variants, and bat and pangolin coronaviruses.

Further studies will help produce the extent of broadly neutralizing activity with the VBI-2901a, which produces a similarly broad exposure, protects against a broad range of coronaviruses and variants.

The study thus summarizes three alternatives to produce broad immunity against the ancestral, Beta, Delta, and Kappa variants of SARS-CoV-2 and related coronaviruses. The scientists say these results support their postulate that a vaccine containing multiple spike proteins could elicit broad humoral immunity, thus helping neutralize newly emerging variants of SARS-CoV-2 or even other coronaviruses.

bioRxiv publishes preliminary scientific reports that are not peer-reviewed and, therefore, should not be regarded as conclusive, guide clinical practice/health-related behavior, or treated as established information.