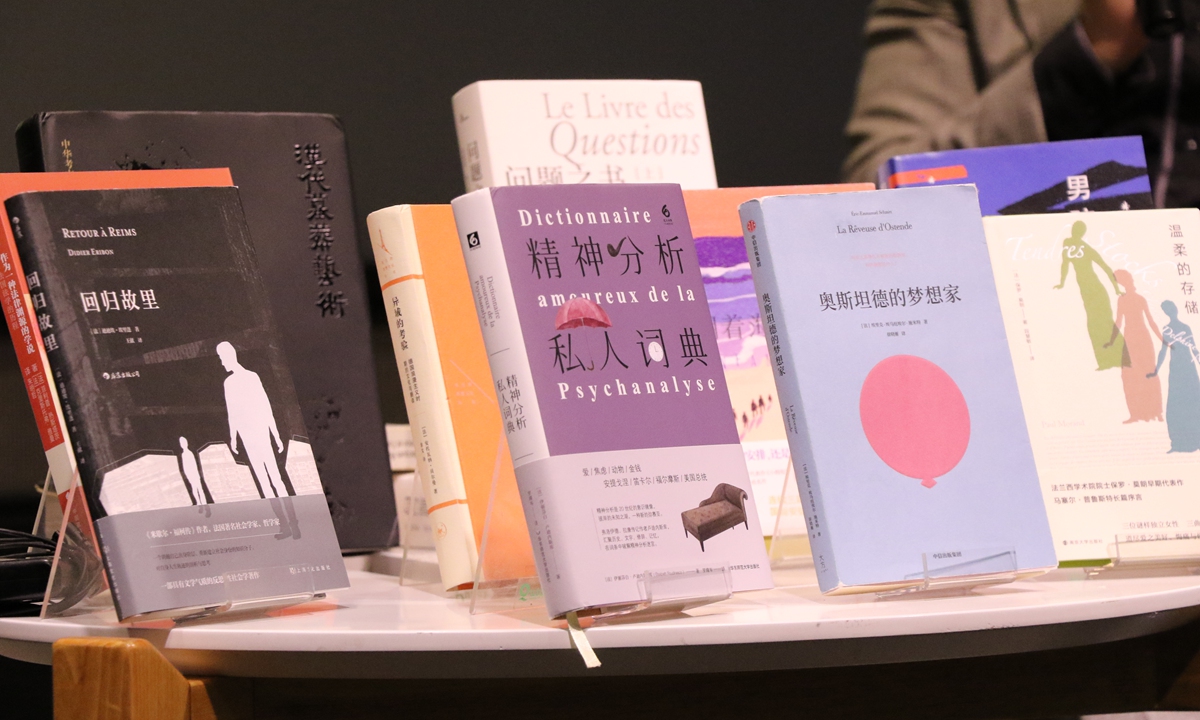 Ten books as the finalists of the 13th Fu Lei Translation and Publishing award. Photo: Courtesy for French Embassy in China

The 13th Fu Lei Translation and Publishing award, an event that focuses on Chinese-French literature translations revealed its 10 finalists at the Institute Francais in Beijing on Saturday.

The 10 finalists were five works in the social science category and another five in the literature category.

Work Retour à Reims, authored by French intellectual Didier Eribon and translated by Wang Xian, is one of the highlighted works included in the social science category.

“As a fan of many French thinkers’ works such as Didier Eribon’s and Pierre Bourdieu’s class theory, I’m so glad to learn that such continental works have been translated into Chinese, which will be really helpful for Chinese readers like me. There are a lot of us who study cultural sociological theories that need the help of Chinese text for such works,” Pang Fei, a sociology researcher, told the Global Times on Saturday.

Finalists are also published literary works such as Tendres Stocks by Paul Morand and translated by Duan Huimin and Le Livre des Questions (I et II) by Edmond Jabès, a French writer and poet, and translated by Liu Nanqi.

The 2021 event received a total of 47 entries, including 35 translated works in the social science and another 12 in the literature. 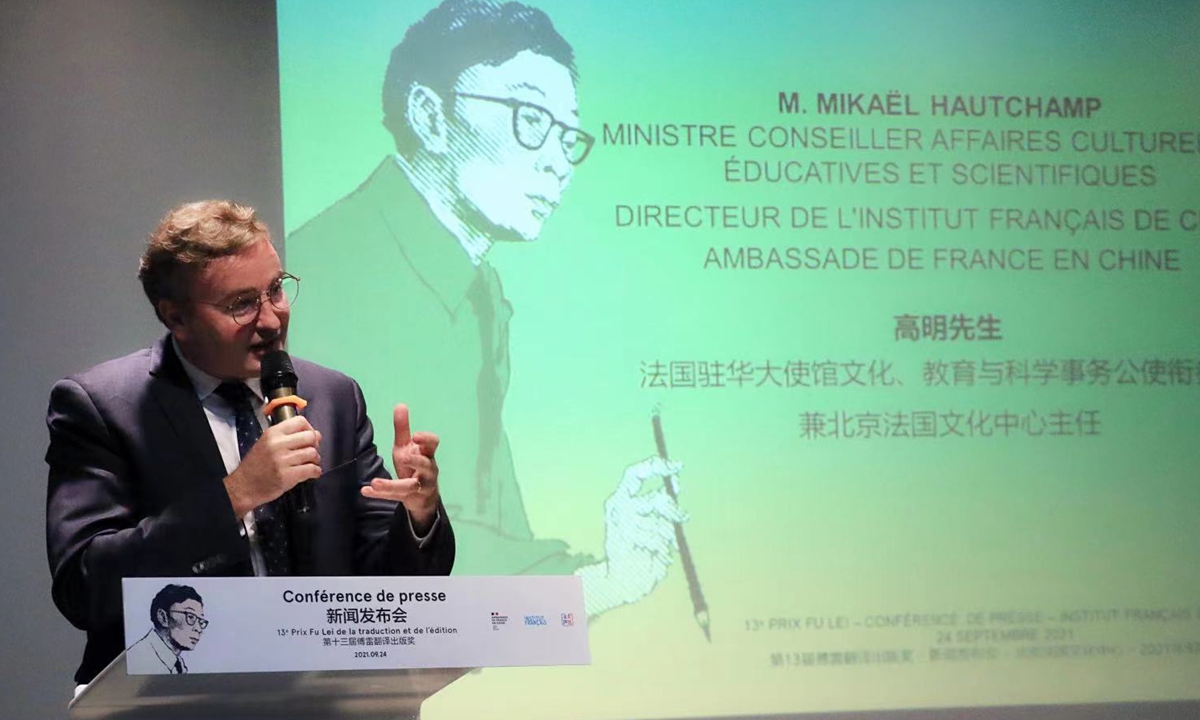 Established in 2009 by the French Embassy in China, the Fu Lei Translation and Publishing award has become even more focused on encouraging young Chinese translators to bring creativity and diversity to Chinese-French literature translation.

China is a major importer of French books, and Chinese has been a popular language for copyright transfer in French publishing circles for the past eight years.