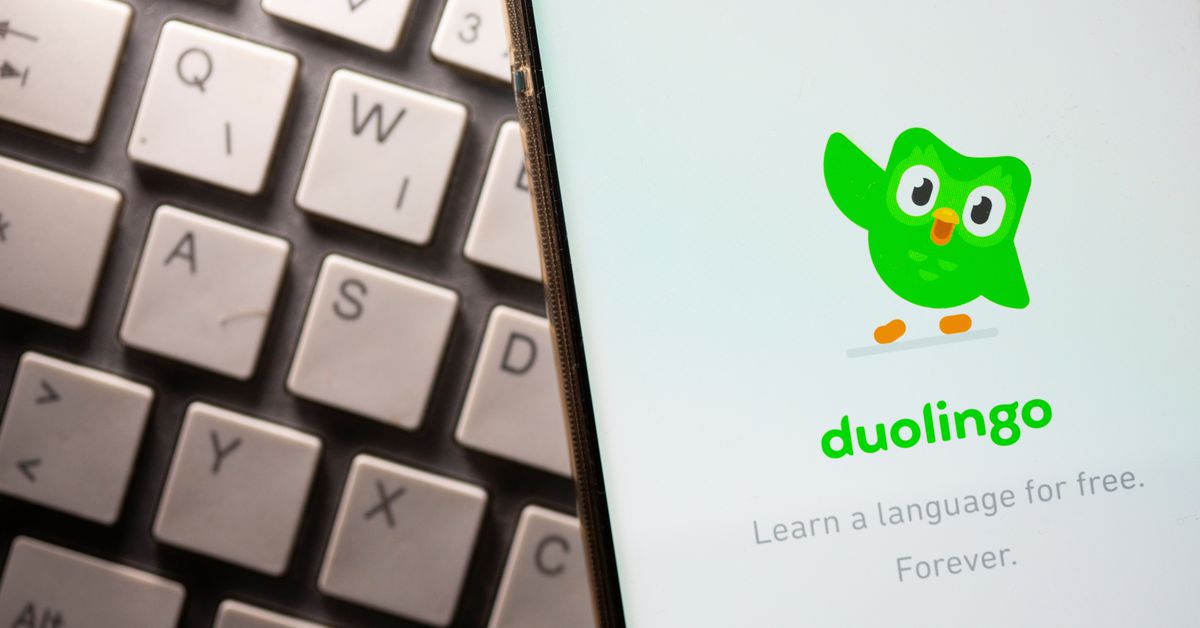 Smartphone with displayed Duolingo app is placed on the keyboard in this illustration taken, June 29, 2021. REUTERS/Dado Ruvic/Illustration

NEW YORK, July 26 (Reuters Breakingviews) – ¿Cómo se dice “overvalued”? Language learning app Duolingo has ratcheted up the price on its initial public offering to as much as $100 a share, an 18% lift from the low point of its previous range. The company, which more than doubled sales last year, could now be worth as much as $3.6 billion not including stock options, a 50% jump from its last fundraising in November . That’s crazier than it sounds.

The S&P 500 Index has risen about a quarter since Duolingo last raised cash, though some tech-like firms that benefitted from lockdowns haven’t done as well. Online meeting platform Zoom Video Communications’ (ZM.O) valuation has fallen since last fall while food delivery firm DoorDash’s (DASH.N) stock is at its IPO price from December.

Some habits have stuck around read more , and the simplicity of learning a language with the swipe of a finger might, too. Even so, Duolingo is targeting an enterprise value equivalent to more than 20 times last year’s sales, nearly quadruple the multiple of music app Spotify Technology (SPOT.N). Expenses – and losses – are moving in the right direction. But like many language learners, the company might be overestimating its potential. (By Lauren Silva Laughlin)

Reuters Breakingviews is the world’s leading source of agenda-setting financial insight. As the Reuters brand for financial commentary, we dissect the big business and economic stories as they break around the world every day. A global team of about 30 correspondents in New York, London, Hong Kong and other major cities provides expert analysis in real time.