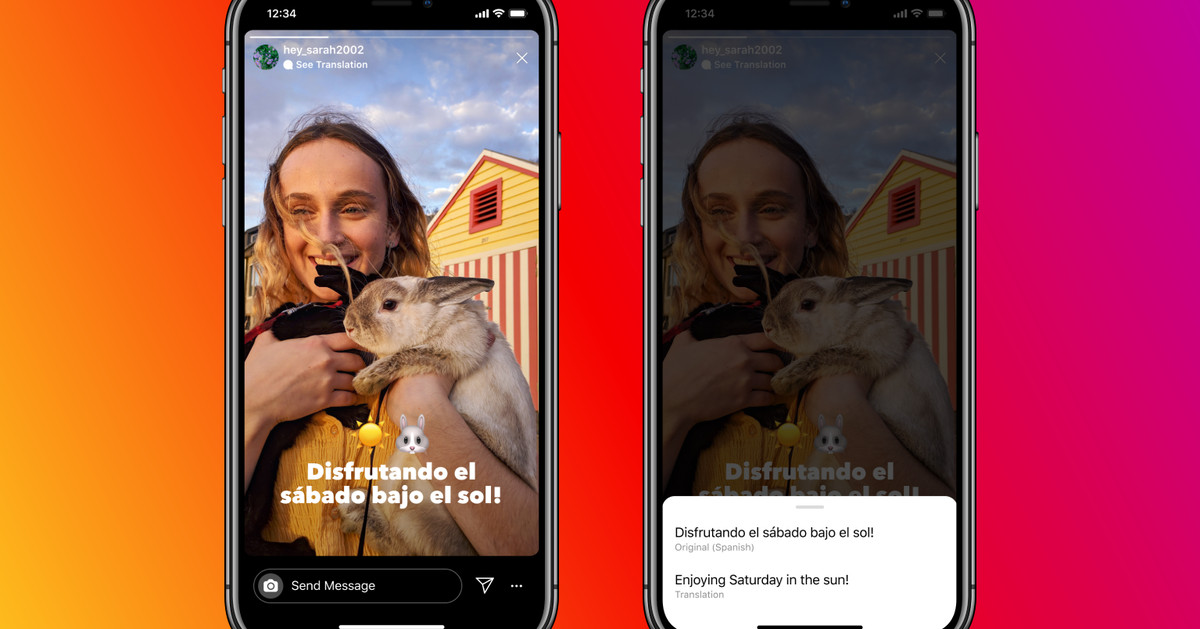 Instagram is adding a new option to automatically translate text in story posts, the company announced today. Now, when the service detects a foreign language in a post, it will display a “See Translation” option on the top left of the screen, which users can tap to see a translation at the bottom. Instagram says the new translation feature will be available globally, and currently supports over 90 languages to make sharing content with an international audience easier.

The feature, whose development was previously reported by app researcher Alessandro Paluzzi, means there’s now parity between Instagram stories and traditional posts. In 2016, Instagram added automatic translations to comments, captions, and user bios but failed to include the feature with stories which launched a month later.

Although the new feature can translate text, Instagram says audio translation isn’t available “at this time.” Although given Instagram rolled out automatic captioning for English stories in May, it doesn’t seem outside of the realms of possibility that it might one day be able to translate audio as well.

Google Translate is one of the most useful apps when traveling to a destination where you don't know the native...

Not everyone is well-versed in multiple languages. Thanks to modern technology, we can overcome language barriers with a simple Android...

When Najee Harris approached the makeshift podium in a corner of the Heinz Field playing surface Saturday, he addressed reporters...