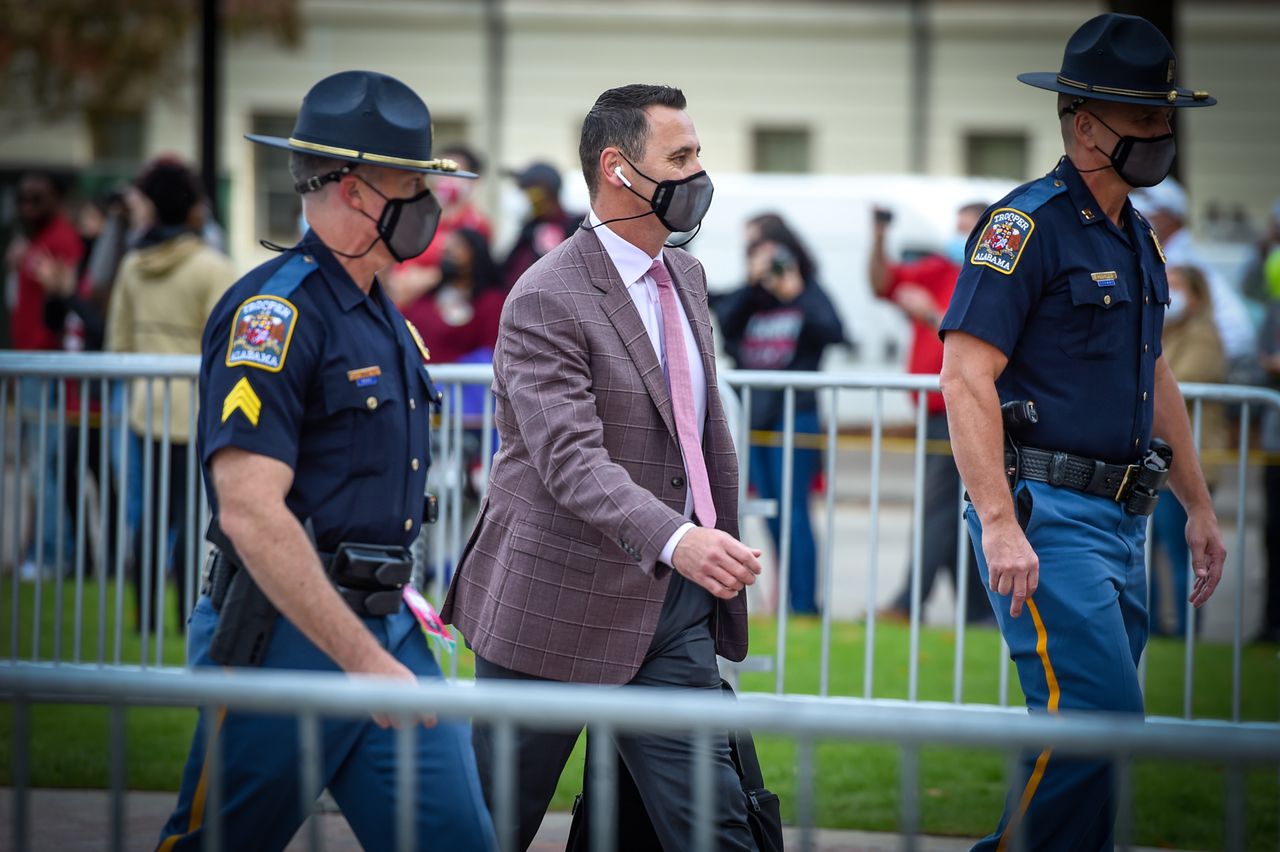 Steve Sarkisian appears to have the resume.

Texas, on the other hand, has the resources, facilities and the fertile recruiting ground.

As the Big 12 Media Days roll on, the new Texas coach was asked the following question:

With your past national championship experience, how do you plan on taking that past success and translating it into the Texas program and potentially beat OU this fall?

It’s a legitimate question considering Texas, 7-3 last year, has won 10 games in a season just once since last winning the Big 12 title in 2009.

Sarkisian’s most recent experience, obviously, is that of offensive coordinator under Nick Saban at Alabama. That was made even more apparent with his use of the word “process.”

Here’s how Sarkisian answered the question:

“Well, I think, you know, ultimately, I guess I’ve coached in four national championship games now in my career,” he said. “Won two and lost two. And the reality of it is the best teams I’ve been part of were really competitive, played for one another and were ‘teams.’ It wasn’t a group of really good individuals. They played as a team. And I think ultimately that’s what we’re trying to instill in our players, is we’ve got a lot of talented individuals and ultimately we’re building a team.

“And it’s an ongoing process. And that’s going to continue to grow and continue to build. Since I’ve come, now we’ve got 32 new faces in that locker room. We’ve got six transfers on board to go with 26 incoming freshmen. That’s a lot of new faces that we need to implement into our team.

“And the best teams that win at a high level, that win big games, understand the consistency needed on a daily basis to push one another as like-minded individuals to drive for more and more, but ultimately execute at the critical moments and that the moment doesn’t ever become too big.

“So whether it’s playing OU or in a national championship or a Big 12 Championship, whatever that may be, the bigger the game really shouldn’t matter to us because that’s just who we are on a daily basis. That’s what we’re trying to instill in our team.”