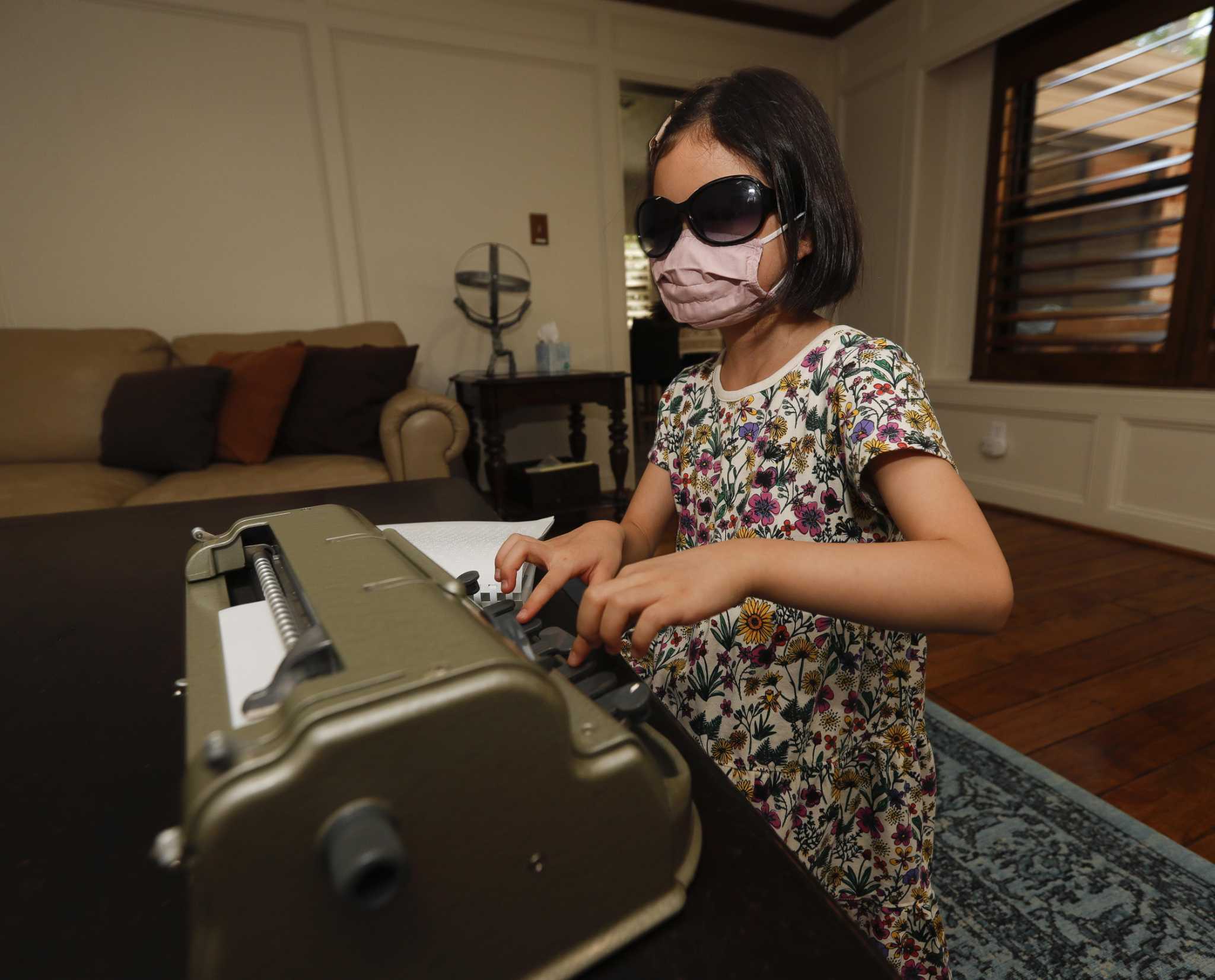 There are two things that Joyce Bailey practices practically every day – piano and braille.

Bailey, who is fully blind, will be going into third grade next school year, has made it all the way to the finals in this year’s national Braille Challenge, organized by the Braille Institute. Each contestant is tested on five fundamental skills including reading comprehension, spelling, speed and accuracy, proofreading and charts and graphs.

This is not her first time competing in the Braille Challenge. The Woodlands resident won for her region in last year’s competition in Austin but did not advance to the finals. This year, she has advanced to the finals and on July 30 the finalists will learn if they placed.

“Braille Challenge is the only academic competition of its kind held in January through March each year in North America for students who are blind or visually impaired,” according to the Braille Institute website. “Braille Institute developed Braille Challenge to motivate students to practice and hone their braille literacy skills, which are essential to academic and employment success.”

Her quick progress in braille was a bit of a surprise to her family. When she was adopted from China four years ago she was well below the weight and height that she should have been for her age and her facial muscles were so weak she couldn’t even speak. Through physical and nutritional therapy her muscles improved and she learned to speak. She has now been learning both English and braille for about three and a half years.

“It’s kind of a surprise that she could advance so much in such a short period of time with just nutrition and love and education,” said Miranda Bailey, Joyce’s mother.

It was one of Bailey’s teachers at Conroe ISD that suggested she enter the challenge when the teacher noted how well she was learning braille. Even though she is home schooled now, she plans on continuing to enter the challenge in the years to come.

Because of the COVID-19 pandemic, the challenge was held virtually this year instead of in-person. Miranda Bailey decided to home school her daughter this past year so she bought a software application that would translate text into braille, a braille printer and a Picture In A Flash machine that prints raised line images that Joyce can feel on the page.

Each day, she practices reading, writing and proofreading braille using her braille books and a braille typewriter. She’s excited to be in the finals for the challenge this year and hopes that she places.

“I want to get a lot of awards,” she said. Already her room is decorated with trophies, certificates and medals for piano and braille, but she has some room to add more.

The challenge is broken up into five age groups. Bailey is competing as part of the youngest age group, the Apprentices, which consist of first and second graders. Next year she will compete as a Freshman, which is for third and fourth grade students. Miranda Bailey believes Joyce will continue to compete in the challenge through all the age groups, which end at grade 12.

When TechCrunch asks Flowrite if it’s ‘Grammarly on steroids’, CEO and co-founder Aaro Isosaari laughs, saying that’s the comment they...