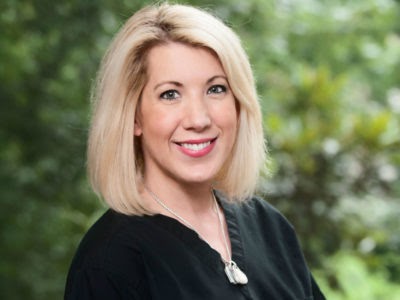 (ProNewsReport Editorial):- New York City, New York Apr 23, 2021 (Issuewire.com) – A trusted obstetrician-gynecologist, Dr. Mos established her practice with Plano Women’s Healthcare, P.A. in 2006. She enjoys providing personalized and compassionate healthcare to women by getting to know each patient on a personal level and understanding her own unique needs and concerns. She especially enjoys taking care of women during pregnancy, both uncomplicated and highly complicated pregnancies.

She also performs minimally invasive robotic procedures at both Medical City Frisco and Medical City Plano (Vice-Chairman of Obstetrics & Gynecology since 2012), where she had the honor of serving as chief of obstetrics and gynecology from 2013-2015.

At the all-women OB/GYN practice of Plano Women’s Healthcare, the providers dedicate themselves to safeguarding their patients’ health and serving as their trusted partners. They provide comprehensive life-stage care in gynecology and obstetrics, incorporating leading-edge treatments — such as minimally invasive surgery and robotic surgery — without underestimating the value of insight and experience.

From annual women’s exams and infertility treatment to high-risk pregnancies and obstetrics, one will find the expert, nurturing care they deserve. The OB/GYN clinic offers in-office procedures such as endometrial ablation and Essure as well as urodynamic therapies for incontinence and optimal bladder health.

In the early days of her academic career, Dr. Mos graduated with her Bachelor of Arts degree from the University of Texas in 1996 and her medical degree from The Texas Tech University Health Sciences Center School of Medicine in 2002. Upon graduation, she went on to serve her internship and residency in obstetrics and gynecology at Parkland Memorial Hospital in Dallas in 2003 and 2006, respectively.

Subsequent to her training, she attained board certification in obstetrics and gynecology through the American Board of Obstetrics and Gynecology (ABOG). The mission of the ABOG is to define standards, certify obstetricians and gynecologists, and facilitate continuous learning to advance knowledge, practice, and professionalism in women’s health.

Obstetrics and Gynecology is the medical specialty that encompasses the two subspecialties. An obstetrician-gynecologist, or OB-GYN, is a healthcare professional who specializes in female reproductive health.

Happily married, both she and her husband, Danny, grew up in Plano. They enjoy spending time with their children, Dylan and Sophie.

Through her findatopdoc profile, https://www.findatopdoc.com/doctor/1747044-Amy-Mos-Doctor or through Plano Women’s Healthcare, https://planowomenshealthcare.com/about-plano-womens-healthcare/physicians/amy-mos.php

FindaTopDoc is a digital health information company that helps connect patients with local physicians and specialists who accept your insurance. Our goal is to help guide you on your journey towards optimal health by providing you with the know-how to make informed decisions for you and your family.