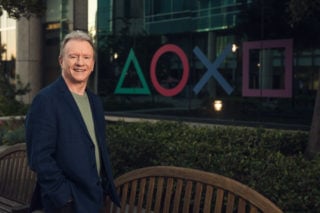 Michael Pattison, currently VP of global third-party relations, will report to Nishino in his new role as SVP platform planning and management.

During almost eight years with the company, London-based Pattison is credited with being a key figure in building SIE’s portfolio of PS4 and PS5 business partnerships and is said to be a leading advocate for the indie development community.

In the finance department, SIE deputy president and chief financial officer Kazuhiko Takeda will retire in June 2021 after almost 40 years at Sony.

Lin Tao will join SIE as its Tokyo-based SVP finance, corporate development and strategy in July 2021 and report directly to Ryan. She previously spent five years within the PlayStation business and seven years within the mobile phone business.

Sony confirmed in February that it was winding down original game development at its oldest first-party developer,

Following a number of departures, what remains of Japan Studio will be absorbed into Astro Bot studio Team ASOBI, which will continue as a standalone studio within Sony Japan, effective April 1.

“In an effort to further strengthen business operations, SIE can confirm PlayStation Studios JAPAN Studio will be re-organized into a new organization on April 1,” a spokesperson told VGC.

“JAPAN Studio will be re-centered to Team ASOBI, the creative team behind Astro’s PLAYROOM, allowing the team to focus on a single vision and build on the popularity of Astro’s PLAYROOM.

“In addition, the roles of external production, software localization, and IP management of JAPAN Studio titles will be concentrated within the global functions of PlayStation Studios.”