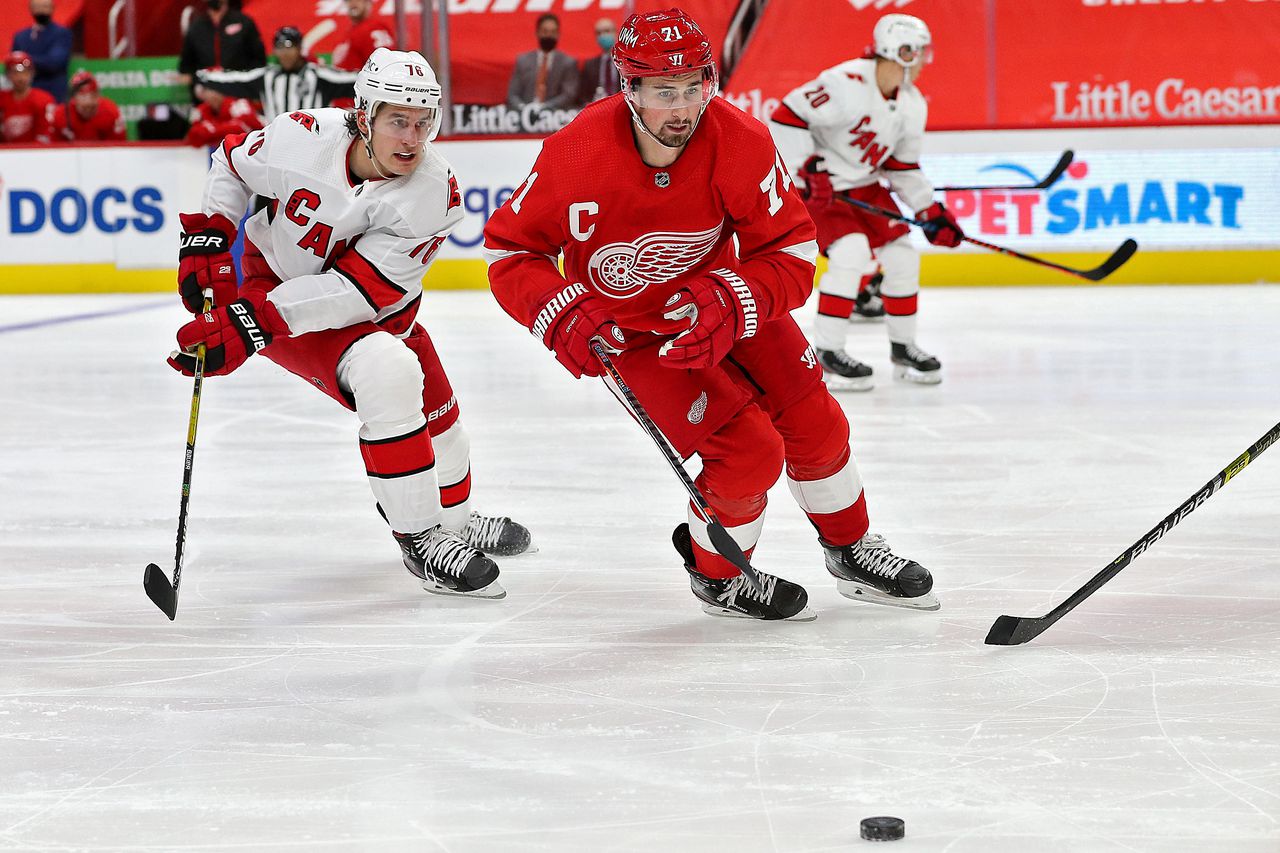 DETROIT – The Detroit Red Wings reached the midway mark of the season third from last in the NHL in points percentage and in the bottom three in all major statistical categories (goals for, goals against, power play, penalty kill).

But simply matching the first half would not be acceptable to them. They are seeking marked improvement and believe better health can help them achieve it.

“When we’ve had a full roster, we’ve been a harder team to play against,” coach Jeff Blashill said. “That means we’ve been pretty good defensively. We’ve made it hard for other teams to get easy chances. We’ve played fairly heavy. We’ve put teams on their heels at times and been physical.

“When we haven’t had a full enough roster, we haven’t handled that well enough. We’ve needed more guys to step up. In general, we haven’t had the production we hoped across the board. I try to stay process-oriented and production is results-oriented, but there’s times we need a little bit more of that.”

The Red Wings start the second half Sunday against Carolina at Little Caesars Arena (5 p.m., Fox Sports Detroit). Tyler Bertuzzi, one of their best players, remains out (upper-body injury), but they’re in much better health than at any point this season, particularly the early stretch when five regulars were out due to COVID protocol.

“We’ve had to deal with a lot, probably more so than other teams when we had to play through our stretch with guys missing,” Dylan Larkin said. “There is some excitement guys are coming back and hopefully we can get to where we have our full lineup and see what can happen and get on a little run.”

Of course, if general manager Steve Yzerman trades some players in the final year of their contracts by the April 12 deadline – a long list of possibilities includes Bobby Ryan, Sam Gagner, Patrik Nemeth, Marc Staal, Jon Merrill and Jonathan Bernier – that figures to impact their record adversely.

But for now, they hope to build some momentum from the past two games against defending Stanley Cup champion Tampa Bay – a 4-3 overtime loss and 6-4 victory.

“We’re slowly starting to kind of figure out how to win the tough games,” Vladislav Namestnikov said. “I thought the last couple we’ve played really well, so hopefully we can continue and kind of get on a streak.”

Individually, there is room for improvement up and down the lineup.

Their leading scorer, defenseman Filip Hronek, has only 14 points. Anthony Mantha, whose lack of hustle got him taken off the power play in one game, benched in another and scratched one night, has skated much better lately, and leads the team with seven goals. Larkin has a goal in each of the past two games after missing four games with an injury and experiencing a dry spell before that.

The defense, with additions Staal, Merrill and Troy Stecher, and a healthy Danny DeKeyser, is an upgrade from last season.

More: Red Wings have decision to make on Bernier at trade deadline

And Bernier (7-5-0) once again has been their best player, giving them a chance to win almost every time he starts.

After averaging less than two goals per game for much of the season, they have experienced a bit of a surge with 24 goals in their past seven games.

“As I said to the guys before practice (Saturday), scoring does matter, and when you score, you’re allowed to make mistakes, and when you don’t score, you can’t make any mistakes,” Blashill said. “The fact we’ve scored a little bit more in the last little bit gives confidence to everybody that maybe we can have a game where you get down early and can come back. We’d love to be a team that can score at that level. We also have to make sure we’re better defensively.”

Their streak of five consecutive games with a power-play goal ended Thursday, but Blashill likes the way they are trending on special teams.

“We’ve spent more time in the zone,” he said. “If you look at power plays and penalty kills, it’s all about spending time in the zone. That means winning face-offs, no unforced errors on bad turnovers or lack of execution, entries in the zone. We’ve done more of all three of those.”