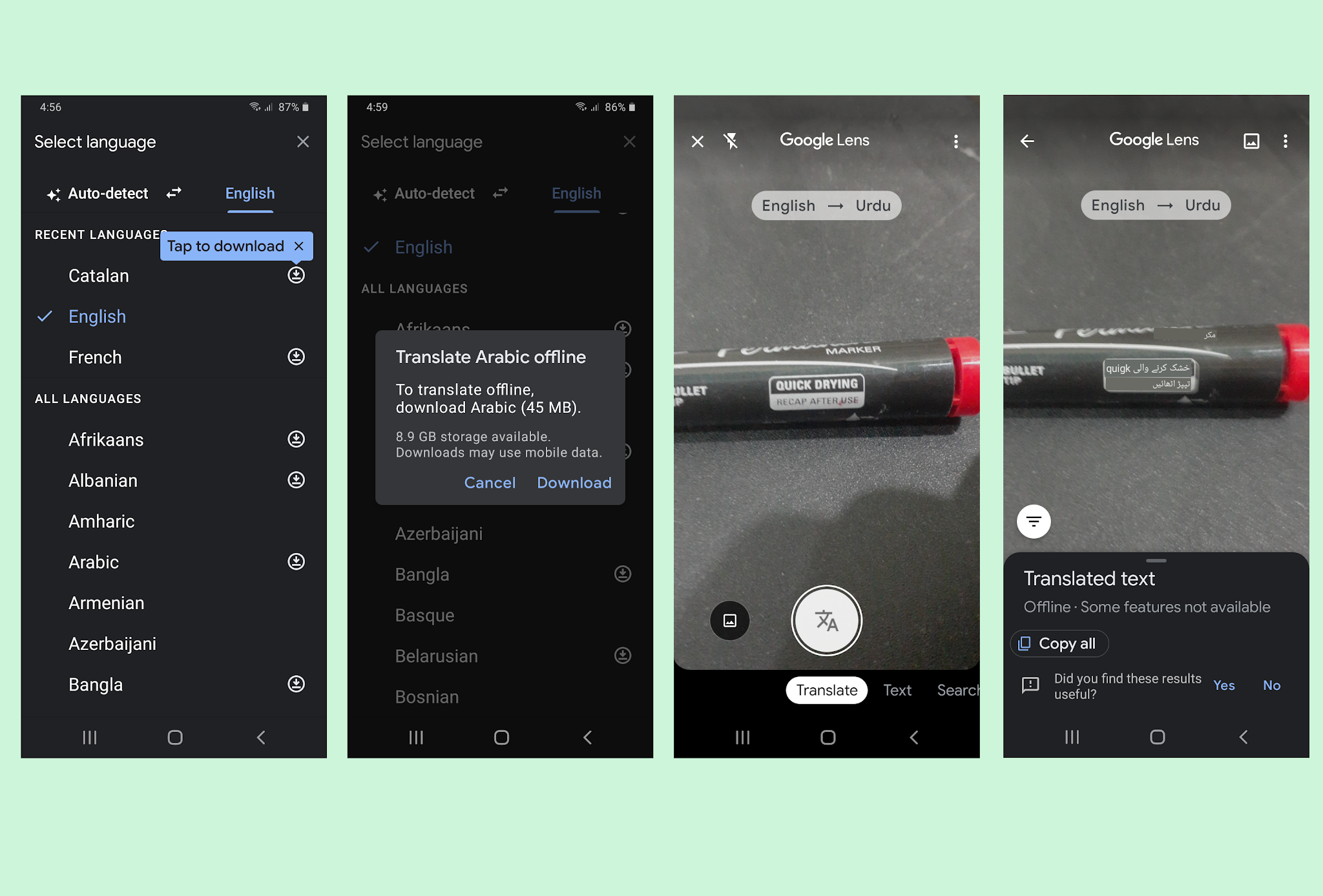 Google has made it very simple and easy for everybody to understand any language by making its translation through the Google Lens app. You can also scan a word or a phrase or take a picture, then you can select a language of which you want to translate

However, you need an internet connection to translate anything on Google Lens app. But the Google has been working since last year to solve this problem by making its translation offline through a visual search option. You will be able to take the picture of any phrase or scan any word or phrase, then perform an offline translation. As per 9to5G, Google is rolling out an offline translation option on Android. You can simply select the language you mostly use, then download such language. Then open the Translate filter and make a pairing below the Google Lens.

Google has provided such a lens that is able to translate a word or a phrase even before you have taken the picture. You can see the results live to reserve the context that is translated. The below sheet will be given that will check the offline translation and of any feature which is not available yet on the app. Google has also provided an option to copy the translated text file, but still, Google has not made an option to select an individual line you want to copy or paste. It is possible that this feature will be available soon on an Android device but, it’s not available yet.

This offline feature will be much useful while traveling, when your device is not connected to the internet. Google has made a test on this app and found some flaws. However, Google said that these issues are connected with the incorrect recognition of the text.

You can have the offline translation feature by updating the Google Lens app through the Play store.