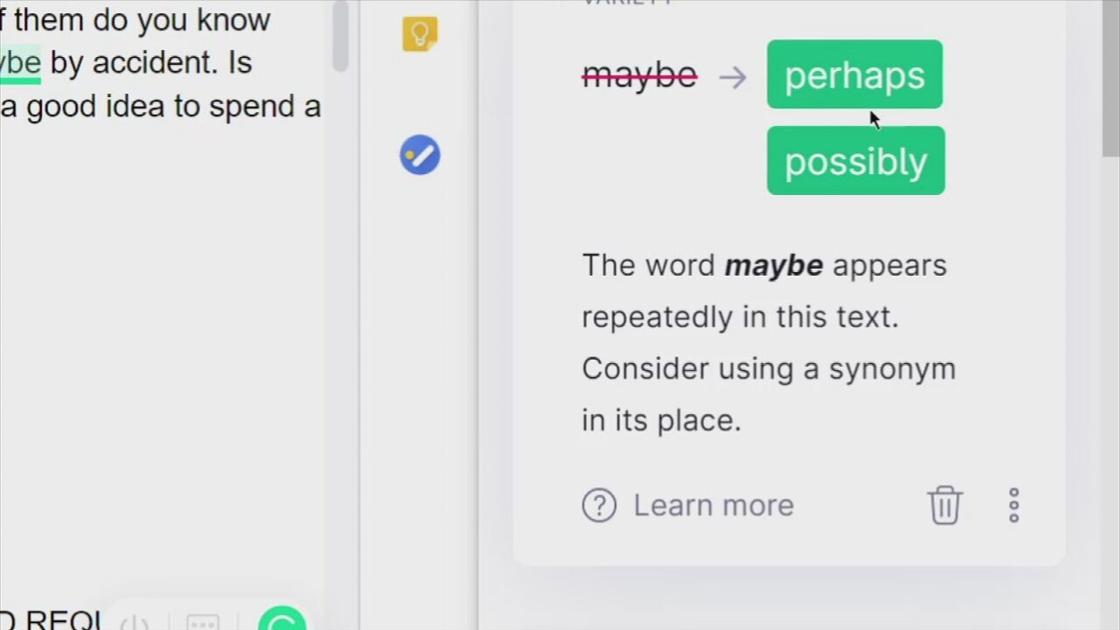 For many college and high school students this fall, turning in a theme or term paper will mostly be done online using Google Docs or Microsoft Word. It’s easier and more convenient than the way their parents did it during their school years. It’s also easier to catch mistakes before they turn it in using online tools that check for errors.

Grammarly is a web and mobile app that not only auto-corrects spelling errors, but also suggests improvements in how the article or paper is written. It can be installed as an extension in Google’s Chrome browser and will work in Docs, Gmail, Evernote, Word, and other programs people use to create papers, resumes, business documents, and blog posts.

I used Grammarly to check for errors and improvements in a script I wrote last week. It caught several spelling errors and neglected commas and hyphens, and it also caught some mistakes such as subject-verb agreement and whether the story is written clearly and whether it is engaging.

For example, it discovered I had used the word “maybe” several times in the script and recommended I use the word “perhaps” in one sentence.

Users can set the tone for their work based on the audience who’d be reading it. If it’s for a casual reader, Grammarly will let some things, such as slang terms, slide. If it’s for a professor or a business project, you can change the audience to “expert.” You can also choose whether it is to be written as informal or formal, which will restrict slang and colloquialisms.

There’s also a Grammarly mobile app for smartphones and iPads that help catch errors in text messages and Facebook posts.

Grammarly has a free version that will be good for most students and freelance writers, but a premium subscription offers other tools such as a plagiarism checker, fluency, word choice, and inclusive language. The premium version is $30 a month or, billed annually for $11.66/month ($139.95).

The side hustle has officially gone mainstream. More than a third of Americans had a side hustle at the start...

Describing how he got into mainstream politics during an exclusive interview with the Daily Graphic, Lieutenant General Emmanuel Alexander Erskine,...

I know a writer who likes to capitalize certain words or phrases, as if they were proper nouns. It’s really...

The presence of different central participants in the Manual Proofreading Service Market has prompted cutthroat and various markets. The Manual...

According to the reports by Oneup Business Insights, in recent years, the ICT industry has seen several emerging trends. The...