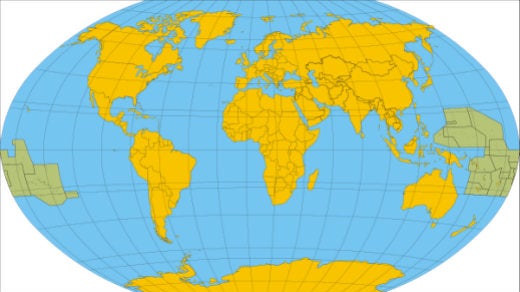 Everyone loves consistency. The consistency of any product can only be achieved by standardization of its process and components. This holds good with software localization too.

In computing, internationalization and localization are means of adapting computer software to different languages, regional differences and technical requirements of a target market. —Wikipedia

6 years ago, the FUEL community (Frequently Used Entries in Localization) formed around the mission of standardization of commonly used terms in software localization. As it grew both vertically and horizontally by adding more languages and more modules respectively, the group realized the need for getting people who have an interest in language engineering under one roof. This gave birth to the FUEL GILT (Globalization, Internationalization, Localization and Translation) conference, the first in September 2013. The conference attracted many like minded-people from the industry and helped grow both FUEL and Indic Language Computing.

This week, the FUEL project will hold the 2nd annual FUEL GILT Conference on November 14 and 15, 2014 in Pune, India.

The first version of this conference was held with the help of Red Hat and Centre for Development of Advanced Computing (C-DAC). This year Mozilla is also lending its support for this event. The event will be hosting several presentations, discussions, and workshops about various topics related to globalization, internationalization, localization, a translation. As the largest FOSS event happening in India around language technology, this event is intended to showcase the efforts, challenges, and ideas of volunteers and industry experts of the language engineering world.

FUEL GILT Conference 2014 will be inaugurated by Dr. Vijay Bhatkar, a renowned Indian scientist and among the greatest IT leaders. He is a star pioneer who has shaped India’s IT industry, most noteably with supercomputing capability, capacity, and infrastructure. Apart from architecting the indigenous PARAM supercomputers, assembled by the C-DAC in Pune, India. Dr. Vijay Bhatkar is also known for bringing ICT to the masses by starting programs like GIST (Graphics and Intelligence based Scripting Technology), which covers 22 Indian languages and 10 diverse scripts, as well as, ETH (Education to Home), which brings benefits of ICT to school education.

Another expert in the field, Professor Arun Nigavekar will also be there. He is an eminent physicist and educator who has significantly contributed in using the technology for the enhancement utility and quality of higher education and internationalizing the higher education of India. Professor Arun Nigavekar is a cofounder and the Director of National Assessment and Accreditation Council, an autonomous body, of University of Grants Commission. He developed instrument and methodology for judging quality in complex Indian higher education system, which is endorsed by International Network for Quality Assuring Agencies in Higher Education (INQUAHE). He was also a member of the Distance Education Council and an adviser for the Commonwealth of Learning in Canada.

Other high profile speakers will be Professor K P Mohanan and Mr. Mahesh Kulakarni. Professor K P Mohanan is a well known linguist and currently working in the area of epistemology of scientific inquiry and comparative epistemology of academic disciplines, critical thinking and understanding, and education. Mr. Mahesh Kulkarni is Associate Director at the C-DAC and heads GIST Research Labs: The Language Technology group. During his long association with C-DAC, Mr. Mahesh Kulkarni has obtained many patents as well as copyrights pertaining to language and its technology.

Get all of the details for the conference, speakers, and the full schedule.